The Rev. Mark S. Delcuze has been the Rector (pastor and spiritual leader) of Christ Church Parish, Kent Island since 2013.  He holds a B.A. from the University of Virginia and an  M. Div. from the Episcopal Divinity School (Cambridge, MA). Son of a career Marine officer and a Public School music teacher, he enjoys playing the guitar, eating seafood, and wandering around historical sites.  In the course of three decades of ordained life he has also served as Ecumenical Officer for two dioceses, Vice President of Diocesan Council for Easton, and has been a three-time Deputy to the Episcopal Church’s General Convention.  He and his wife Mimi have shared an Anglican-Roman Catholic marriage for 35 years. Their grown daughters, a son-in-law, three grandsons, and two Newfoundlands live in the greater Boston area. 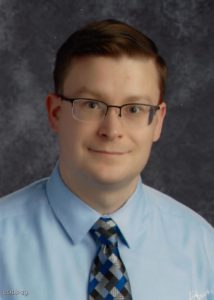 Dr. Gary Van Essen has held the position of Minister of Music at Christ Church since January 2016.  Before coming to Christ Church, Gary was Director of Music at Westminster UMC in Westminster, Maryland where he directed a comprehensive music program with seven ensembles and over 100 participants.  Gary has held professional church music positions since the age of fifteen, serving at Arnolia, Texas, Fork & Linden Heights UMCs.  Gary holds a Bachelor of Science degree in music from Towson University, where his capstone project was a lecture recital of the Fauré Requiem.  He holds a Master of Arts degree from Towson University, an Education Specialist degree from George Washington University, and a Doctor of Education degree from Gwynedd Mercy University.  During the week, he is the mathematics department chair at Arundel High School.   Gary lives in Arnold, Maryland with his wife, Emily. 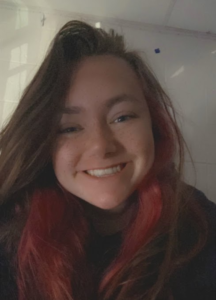 Jane has been working with Christ Church since September of 2022. Her journey with the Episcopal Church began in 2005 at the Bishop Claggett Center, and has led her to work with Family Ministry. She enjoys hiking, backpacking, and kayaking when she isn’t at work. Jane lives in Edgewater with her family and her two cats.

Brenda has been with Christ Church since Jan 2014. Her passion for the parish began when she was a child living next door to Historic Christ Church and visiting Rev. Clark and his wife. As a native Kent Islander she takes pride in her heritage and loves talking about the “good ole days”.  Brenda lives in Chester with her husband J.R, two dogs and three cats. They have two daughters, two son-in-laws and three grandsons. 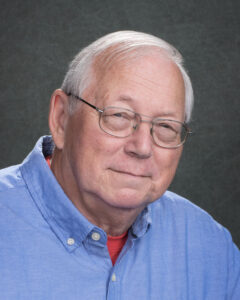 Bob Moore has been working for Christ Church since January of 2008. He works hard to keep the parish clean and in good working order. Bob does many behind the scenes, small jobs that can go unnoticed, unless they are not done. Christ Church is so blessed to have him working with us all these years. Bob lives in Dominion with his wife Beate and their dog, Rocky. They have two grown children, and five grandchildren. 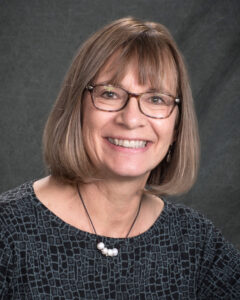 Lisa Oesterling has been the Director at CECDS since 2000.  She served one year as the Interim Director/teacher in the 1999-2000 school year and prior to that was a teacher at CECDS since 1991.  She has a Bachelor’s degree from John Carroll University as well as post graduate studies in special education from Cleveland State University.  She has three grown sons who graduated from CECDS.  Lisa enjoys spending time with family and friends, walking her golden retriever, Winnie, reading and traveling.

Grounded in Christ,
Growing in Faith,
Giving in Community